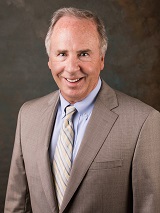 Kurt Maier is an experienced and accomplished personal injury attorney who is licensed to practice law in Kentucky, Tennessee and in federal courts. For the past five years, he has been chosen for inclusion in Super Lawyers, a highly selective publication that recognizes the most respected attorneys within a state. Kurt was involved in ELPO’s large settlement with Merck over the drug Vioxx, which was pulled from the market in 2004.

Jurisdictions Admitted to Practice Kentucky, 1979
Tennessee, 1991
U.S. District Courts for the Eastern and Western Districts of Kentucky
U.S. Court of Appeals for the Sixth Circuit

Contact Us
Practice Areas
Client Reviews
★★★★★
I was so pleased with all the good efforts and grateful for all Jessica and her firm did on my behalf. Clare
★★★★★
Kurt was very helpful, caring, and understood the struggle we had. He was diligent and worked fast to make sure our case was handled quick, fairly and properly. He settled my case above my expectations and has continued to stay in contact to make sure all needs were met. Amy
★★★★★
I know Kurt to be a man of integrity with an uncanny sense and knowledge of the law and it's workings. I enthusiastically, without hesitation recommend Kurt and would call upon him again. Linton
View More
Submit a Law Firm Client Review